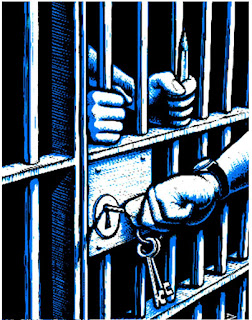 Joe handed Sheila the day's mail. His fingers softly caressing her hand but if she noticed, she didn't let on. He'd been interested for sometime in the beautiful silent woman, but she never gave him the time of day. Her eyes never met his. His heart broke for her, even though he knew all of her crimes, the more he saw of her, the more convinced he became that she was innocent. She'd been set up by that nasty soldier that had brought her to justice, he was certain of it.

Joe Trenton had been a prison guard for over fifteen years; he was married and had three children. This was the first time he'd ever been attracted to one of his charges. At first, he fought his burgeoning feelings of affection. He never voiced them, but a touch, a small gift of chocolate, and a book of poetry conveyed what he couldn't. He never signed his gifts, and if she knew they were from him, she didn't let on. Still, his unspoken affection grew.

Sheila kept her silence. She never spoke a word to anyone, not the other prisoners, or the guards, and no one bothered her either. Her mother made sure that Sheila had protection. She'd bought and paid inmates and guards to keep the riff raff away from her daughter. Darla believed in Sheila's innocence, and did everything in her power to assure her safety on the inside and pursued all legal venues possible on the outside.

Letters from fans continued to arrive daily, and as Sheila read them, even she began to believe in her innocence. Revenge became her goal, escape her desire, and silence her tool. Joe had made an impression, but Sheila didn't respond to his flirtations and surprisingly he seemed to like it that way.

She didn't speak, but she did write, but only to one fan. Her letters went out daily. She never asked for a thing, only wrote of her hopes and dreams, of a life outside prison walls. She wrote of her desire to find true love and filled her letters with X-rated versions of the love she would bestow on the lucky recipient. The receiver read them and with each letter, his attraction to and desire for Sheila grew. He believed in her innocence and her promises of love but more importantly, his sexual appetites rivaled her own. He wrote of his own hedonistic desires with descriptions of bondage and, sadism, and his willingness to dominate along with the promise of devotion and eternal love.

Written in code, Sheila knew the authorities read her words, and she had no desire to titillate the warden or his lackeys, especially as discussions of escape became the main topic!

Two years from the date of her conviction, Sheila disappeared from her cell. They discovered Joe Trenton's body in her bed. The guard who delivered her mail had died with a smile on his face but a nail in his heart. Sheila had taken his clothes, his identification, and his car. She'd gotten away, walked out as though she owned the place. Joe Trenton, a guard for fifteen years, had fallen for his first prisoner and paid with his life.

After a thorough investigation, they found that Joe had procured a post office box in a nearby city and found Sheila's last letter. 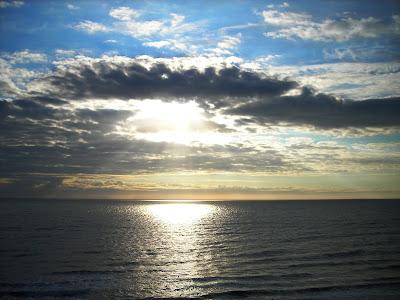