Getting Away With Murder

I'm sure some of you are wondering about the police investigations into all these deaths presented to us by Sheila. She seems to have gotten clean away with murder, and for the time being she has. Let's recap each of her murders and the investigation into those deaths. 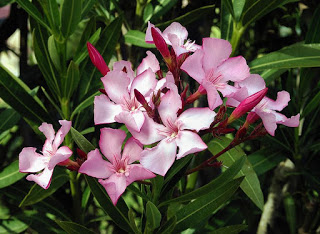 In Killer Flowers, Sheila gets rid of her best friend Lydia via Oleander leaves steeped in tea. Lydia's first symptoms would have been blurry vision, disorientation, and pain. This caused Lydia to lose control of her vehicle, and she hit a semi head on, dying at the scene. Her parents refused the autopsy after witnesses at the scene blamed the truck driver. He'd been swerving, and his number had been called in just moments before the accident. (He had one of those 'How's my driving 1-800 number on the back of his truck.) The police found that he was texting with his girlfriend while driving. Case closed.

Poisonous Plant, Nerium Oleander is a toxic flower that can kill you. This toxic plant is one of the most poisonous commonly found flower in the world that will kill you. 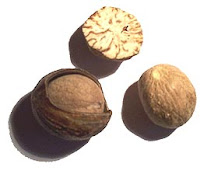 In Killer Spice, Sheila gets rid of her lover when he doesn't propose on Christmas. She sets him up to die in a car accident. Again, after consuming too many snickerdoodles filled with nutmeg and smoking weed he's incapable of making a smart decision, let alone any decision. He dies when his best friend heads out to pick him up, but his car slides into the poor man on black ice. Again, this is clearly an accident. And even though, Sheila, set this incident in motion is she guilty of murder?

Nutmeg can kill if the right amount is used. 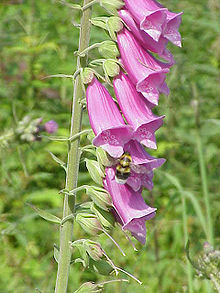 In Foxglove Tea, Sheila killed her stepfather by steeping foxglove in his tea. Digitalis is a heart medication but too much can cause a heart attack. Since George had just had a heart attack, his death came as no surprise. Nothing about it raised questions. Sheila got away with murder. 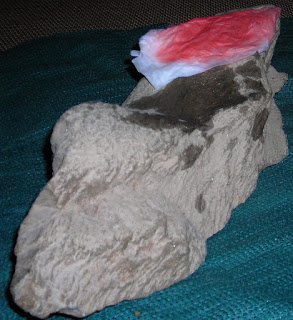 In Bloody Tissue, Sheila was angry and killed a stranger, but she made a mistake and left some DNA behind. Since she's not in the system will anyone one make the connection? Stay tuned, this young man had family and friends who want answers. 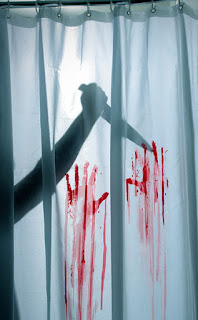 You Can buy this Shower Curtain

In A Murderous Intent, it does appear that Sheila has lost her mind. She kills a girl for no reason, other than the fact that this stranger flirted with the same guy that interested her. This is straight up murder and will be investigated as such. I can't wait to see how the investigation goes. 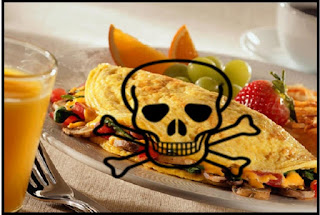 In Flagrante Delicto, Sheila isn't thrilled with the man her mother wants to marry. Still, Sheila takes on the job of wedding planner and all the while she's stalking the groom. She killed this time by poisoning their food with Strychnine. A suicide note from the groom's mistress seems to have this case wrapped up too. However, you never know what a smart investigator will uncover.

Strychnine poisoning produces some of the most dramatic and painful symptoms of any known toxic reaction.
*****

What will happen next?
What would you like to see happen?

Look for Sheila's ongoing murder sage to continue next Monday with

Email ThisBlogThis!Share to TwitterShare to FacebookShare to Pinterest
Labels: How to get away with murder. Getting Away With Murder, Investigations, Sheila the serial killer, Sheila's Murderous Mind, Yolanda Renee