Home from their trip to Paris, Sheila's mom, Darla, was still mourning. She couldn't move back into the house where her husband had died. She put it on the market. Sheila suggested she buy a penthouse, but Darla claimed there were too many memories.
Darla had decided to move to Florida. Sheila argued that she wasn't ready for retirement; she was still in her twenties. Her mother told her it was time to cut the umbilical cord. Sheila needed get on with her life. Darla promised to buy Sheila her own condominium, but not a penthouse. 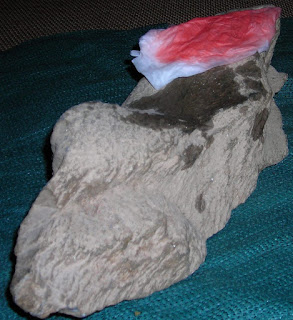 Sheila, stinging from her mother's rejection, took a walk in Central Park. Hurting, sad, and trying to figure out her next step she came across a young man. His bike had a flat, and he was bemoaning his luck when she passed him.
She didn't know why, but she picked up a large rock, just off the path and hit him in the back of the head. He went down. She lifted his head and placed the rock under it. Then she dropped his head with a thud, bone crunched, and blood sprayed. Sheila took a tissue from her pocket and cleaned the mess off her legs and shoes. She wadded the bloody tissue in a ball and threw it into the bushes.
Before returning to her mother's temporary home, the Hilton Hotel, she bought pizza for dinner and ice cream for dessert.

Sheila's murderous attitude is getting out of hand.
She openly killed someone.
Someone she couldn't benefit from
She didn't even know him.
Is she losing control?
Will her sloppiness be her downfall?
Tune in next time for another episode of
Sheila's Murderous Mind.

Read the other excerpts of
Sheila's Murderous Mind
just click on the title!