Six months since Lydia's death and things hadn't changed for Sheila. She was almost certain Carey was cheating again, but she had no real proof, just suspicion.
It was almost Christmas and she'd made up her mind to do something drastic if Carey didn't propose over the holiday. She baked all his favorite cookies and pies, saving one batch of snickerdoodles heavily spiced with nutmeg, in the freezer if that engagement ring did not appear. 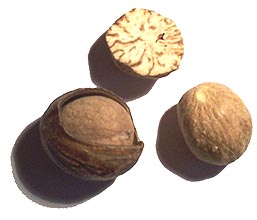 On Christmas day, Carey hadn't given her a ring. In fact, his gift, a new set of pots and pans, made her angrier. She asked for the new Cuisinart's Pro Stainless Steel Set; instead, he'd gone to Kmart. Sheila seethed but refused to show her displeasure. She had something else in mind, and to achieve her goal, she gave Carey one last gift. Through one of his friends, she'd gotten him a package of blunts, marijuana cigars. Something she knew he couldn't resist while on holiday from work. Carey had two full weeks off. Usually a conscientious guy, he'd partake of weed as long as it didn't interfere with his job. He lit one up right away.
Sheila smiled. Several hours later, Carey was wasted and hungry. She made sure the cupboards were almost bare, but she had Snickerdoodles, his favorite. She gave him a full plate, two dozen cookies, and a glass of beer.
"I have to go to mom and dads for dinner, but you're too wasted, you show up like that and dad'll kill you."
"Bring me a plate. Your mom makes the best garlic mashed potatoes. Honestly, I'm just happy to veg but I might go to Tom's later. He has a new PlayStation 4." He told her without looking up from the football game he was watching. He'd already consumed half a dozen Snickerdoodles. "Be careful. I don't think it's a good idea for you drive high," she warned him but knew he'd do what he wanted.
Sheila was eating dinner with her parents when she got the phone call. Carey had died in a freak accident. Apparently, he'd tried to walk to Tom's house several blocks down the road. The driver, his best friend, had been on the way to pick him because Carey had told him he was too wasted to drive. His friend, Tom, had told Carey to walk. He thought better of it and jumped in his car to pick Carey up when he realized the roads were dangerous with ice, and the night pitch black. He failed to see Carey in time and even though he'd hit the brakes; his car slid head-on into his best friend.
Sheila cried.
*****

You read that right folks, nutmeg can kill.
Want to know more just Google it.

I pulled the information for this post from a Book of Poisons: A Guide for Writers written by Serita Stevens and Ann Bannon.

What do you think? Is Sheila guilty of murder, or was Carey responsible?

Next Monday a new post will tell us whether or not Sheila has changed her ways or if success has gone to her head.