Sheila entered the living room still toweling her hair dry when she noticed Hank and Bill at the door.
Hank turned. His eyes said everything. Sheila's heart dropped to her feet, her hand covered her mouth, and she waited for the next hammer to fall. Bill's eye's offered an apology, but Hank's eyes were full of condemnation. Hank took the pair of pink panties from Bill, closed the door, and handed Sheila her underwear. Then he picked up his still unpacked suitcase and left the cabin.
Sheila raced after him once she allowed herself to take a breath. "Please, please let me explain."
"What's to explain? You had sex with a stranger because I was late."
Sheila cried a river of tears. She clasped his arm with both hands and begged him. "It's … Oh, God! Please understand. I've looked forward to this night for over a month. I've dreamed of your touch. God, I just wanted you so bad, and I thought you wanted me. I was angry, hurt, and drunk. I'm sorry. So very, very sorry. Please forgive me, please. I love you."

Hank stopped seemed to be caught off guard. He put his hands on hers to remove them from his arm, and said, "What did you say?"
"I love you," she whispered with hope.
Hank hung his head. Tears filled his eyes. "I've wanted you to say that for weeks. But now, after this –"
"You love me too?" she said with surprise. "Oh my God! You do!"
He nodded but didn’t' say the words. Sheila knelt in front of him. Her arms raised in supplication. "I'll do anything, anything. Just please, please forgive me. I love you more than life itself. I'll never, ever stray again. Please, give me another chance to prove my love, my devotion. Say you'll forgive me."
Hank lifted her to her feet. "Come on, let's go inside. We need to talk." He led her back to the house, Sheila tight against his side, and suitcase in hand.
While Hank finished preparing the ham and cheese omelets, Shelia washed her face and combed out her hair. They ate in silence. Sheila reached across the table to touch Hank's hand. He allowed the closeness, but the look of pain in his eyes said everything.
Hank shook off his distress, stacked the dishes in the sink, then he took Sheila by the hand and led her to the couch and a view of the sunrise. 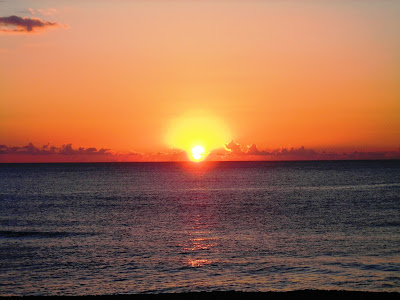 "Talk to me. Tell me about you. Your deepest darkest secrets. I want to understand what drove you into another man's arms. I believe you when you say you love me. However, I won't tolerate a cheater. Make me understand. Why should I give you another chance?"
Sheila tried. She told him about her rough childhood, how her mother ignored her needs to fulfill her own. She described how boyfriends had used her, cheated, and threw her away. How abusive her father and stepfather were. She told stories that would've had the devil crying. She even shed more tears embellishing wildly to extract Hank's feelings of empathy. Finally, she explained her expectations for their first night together and how deeply he'd disappointed her adding, even more, tears to clinch the act.
Hank pulled her close. "Thank you. It means the world to hear you share your life with me. Let's get some rest. Tomorrow we'll enjoy the beach and talk again. Right now, I'm bushed.
"Does that mean there's a chance for us?"
Hank kissed her softly. "A very good chance. Now get some sleep. If we can get past this, then we've got something truly unique, and I can't walk away from that."
Sheila slept in the Master's Suite, alone. Hank took the guest room. In the morning when she awoke, she immediately went to Hank's room. He was already on the beach, she saw him from the window as he dove into the waves. She turned from the window and caught a flash of light coming from the dresser. On closer inspection, she saw the engagement ring. Still in a Tiffany's Box. 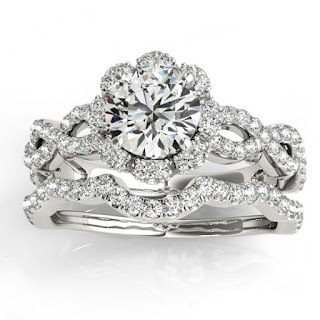 It was an elaborate diamond crusted band with one large diamond in the middle. More beautiful than she'd ever imagined an engagement ring could be. The knowledge that he wanted to marry her astounded her.
Hank planned to propose. Sheila was both devastated and elated. She would do her best to win back the man of her dreams! Dressing in her sexiest bikini, she hurried to join him on the beach.

How about that folks - yet another episode without a murder.
Has love and the possibility of marriage changed Sheila for good?