R IS FOR RAZOR 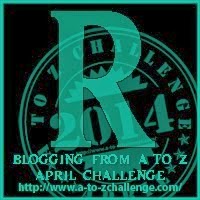 
Known as a box cutter, these small handheld tools are deadly in the wrong hands. My husband carries one in his pocket, he actually uses it as a box cutter. I have several in the tool drawer in my kitchen, and every handy man has one in his tool box. And yet a few slices in the right area of a body and death is guaranteed!

A young man in Massachusetts is alleged to have killed his teacher – a teacher who offered him extra help with his studies. Her throat was slashed; her body was then wheeled across the schoolyard in a recycling bin and buried under leaves in the woods. Her alleged assailant is 14-years-old, but will be charged as an adult.
Details released in murder of Massachusetts teacher


Sweeney Todd: The Demon Barber of Fleet Street used a razor to commit his many murders
– with a weapon that looks like a weapon –
a straight razor!
Although a fictional story - there are some that claim it's based on a reality.  You can read the facts here! 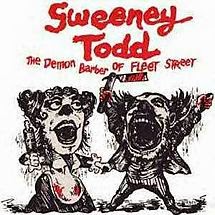 From Wikipedia
Sweeny Todd: The Demon Barber of Fleet Street

Have you ever accidentally cut yourself with a razor? It's deep, it's bloody, and the pain is usually delayed.
A razor is a most deadly tool!