V IS FOR VASE 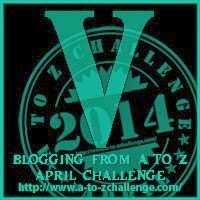 Murder by Vase
In September 2013, during an argument, Casie White hit her boyfriend Benjamin Craft in the head repeatedly with a vase, killing him. Casie confessed to the killing.

Then there's the case of The Vase of Death. Created during the 15th century this vase was made with 4 pounds of silver. When it was found in 1988, it also came with a warning "beware, this vase brings death"! 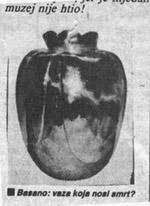 The Vase of Death

Auctioned off for $2,300 the owner died within 3 months. Sold three more times to different owners, each buyer died within several months of ownership. By this time the last family to inherit the vase just wanted rid of it and allowed the police to bury it – where - is unknown.

What do you think; can an inanimate object carry the curse of death?

I hope not because this is my favorite vase – it has "a murder of crows" perched on the fence - the perfect gift for a murder mystery writer!


The A to Z Challenge just go HERE!

Email ThisBlogThis!Share to TwitterShare to FacebookShare to Pinterest
Labels: A Murder of Crows, A to Z Challenge, Arlee Bird, blog hop, challenge, Murder, Murder by vase, Murderous Imaginings, The Vase of Death, V is for Vase, Vase, Yolanda Renee